where I empty and rest my brain 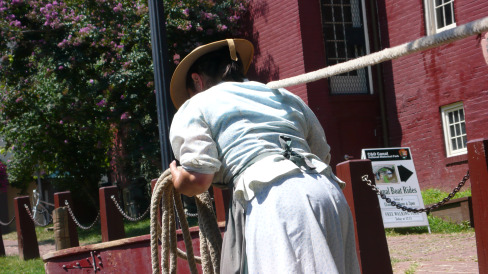 I know that’s a weird title but the truth of it just occurred to me a few seconds ago! I have come to the realization that productivity tools –  calenders, to-do lists, alarms, reminders, etc. ARE helpful for me, just like they have been proven to be for many people.  They’re not just for ‘other’ people, they’re for me too.  I have JUST NOW come to that realization!! WOW!!  I know that sounds incredibly arrogant on some level, and it is.  But it’s the truth.  I have never felt the need for them, I’ve used them but not really, I own them, I write stuff in them, I claim to need them, but I don’t truly feel like I do, and I don’t really use them.  I think that needs to change.

Let me give you a little background on how this ‘epiphany’ just ‘happened’.

I work part-time in a computer lab at school (since I’m allowed to work part time on-campus).  It’s not a glamorous job but it pays my health insurance.  Anyhow, I often get here before 7am but this month (and part of Dec), because of many formalities not relevant to this post, I can’t punch in till 8am.  So I usually open the lab, do my morning routine, and then settle in and catch up on twitter, different blogs I like to read, etc.  What happens is that I get so engrossed that I forget to punch in and before I realize it it’s 8:30 or even later.  So I’ve recently resorted to setting my phone alarm as soon I get in. I set one alarm for 7:58am to remind me to punch in and another for 4:58pm to remind me to punch out.

It took a lot of personal inner convincing to decide to do that, and I still denied it’s efficacy and pretended I didn’t need it or rely on it.  Only just now did I realize the value of that alarm.  Let me explain. Here comes the myth. Productivity tools are for “others”, not me.  Have I ever mentioned that I lack common sense? I do.

I have always had a very strong belief in the power of the brain to process and handle numerous things, and in the abilities of my own mind and memory.  I have always been able to do math in my head, recall the smallest details about things, keep track of what I need to do, where I need to be, what I spent that $2 on my statement last month, how to derive this or that formula, etc. without using anything other than my brain.  Even without being incredibly organized, I have never missed a deadline and I’m rarely late for anything.  I have always had an organizer that I wrote in but didn’t really use. And I never used an alarm clock till very recently.  That doesn’t mean I never forgot things or have super brain abilities, it just means I’ve always been able to get by and do pretty well without relying on calendars and gadgets, etc., which I thought were for ‘other’ people.

But recently, I have found that these abilities have been fading. I don’t recall things as easily as I used to, I forget small details, I forget deadlines, sometimes I forget to punch in (which sucks for my paycheck), I seem to be more ‘absent minded’, etc.  It alarmed me for a while because I thought I was becoming ‘stupid’ or something was going on biologically in my brain. And maybe something is. But I’ve also realized something else that’s going on. My brain is tired, exhausted. Completely wiped out.  Between school, my on-the-side programming and web-dev projects that are thinking and processing intensive, the grind of daily life, the different stresses I’ve been under, my own internal processing of things (I tend to internalize and introspect a lot), lack of sleep (major insomnia happening lately), my brain can’t keep up.  Whatever else is going on, things are foggy in my head because I’m exhausted.

Just now when that alarm went off and I punched in, I felt such a sense of “wow, that was easy!”  Then I wondered why I felt that way.  It’s simple really.  Because I wasn’t worried about remembering to punch in, I got so engrossed in what I was doing and had a very productive time. My mind didn’t have to hold on to that one detail and so that section of my brain was freed up to work on something else.  It’s kind of like freeing up memory on your computer.  If you have too many programs running at the same time on your computer, they’re all loaded in the memory, what we call the Random Access Memory (RAM).  The more RAM you have, the better your computer will handle multi-tasking.  If you close one of them, then you free up some RAM and the other programs can run a little faster.

I like my RAM running at full blast, and I like to test it to the max, but I think given all my the circumstances in my life right now, stress being the greatest of them, my RAM can’t keep up.  So I need a new strategy.  While I plan to try and get more sleep, reset my internal circuits/attitude to deal better with stress, etc., I also have a lot more to deal with this year, which means I have to maximize the use of my internal RAM.  What that means is that I need more moments in my life like the one I just had.  I need to make things “way easier” for myself than I have been.  There are many things I can’t control, but I can make those things I have to deal with easier and free up some RAM for the big stuff that uses up the major processing power.

Let’s Break it Down

So what does this mean on a practical level – it means getting rid of my myths about productivity tools.  It means allowing that I might be asking too much of my brain.  It means giving my mind a break, freeing up some RAM, and letting it have breathing room to process the big things.  It means for example, actually letting my alarm clock do some of the thinking for me, letting my Google calender organize me and remind me when I need to submit assignments and be places, creating that little to-do list app that I’ve been thinking about and letting it do some thinking for me, etc.  Like the internal alarm clock that wakes you up before your actual alarm clock does, these things may not actually be necessary, but the idea is that I won’t feel the need to try hard to remember every little thing, which will allow my brain to chill out a little more.

In fact, I set up my first ever Google calender yesterday, entered all my classes and meetings that I know of so far, and downloaded Google Gears so I can access that info even when I’m offline.  I also almost filled up my little notebook that Mary gave me for my ideas with all the ideas in my head right now so that I don’t feel the need to constantly try to mentally hold on to them so I don’t forget them… and more, but you get the idea.

Like the patient who refuses pain medication because they’re afraid they’ll become addicted, I’m a tad scared that I’ll become dependent on these tools and my brain will become lazy or something like that. I know, I’m weird.  But it’s a chance I’m willing to take because frankly, that’s the small stuff.  My brain needs a break.

For the record, I still strongly believe in the power of the brain to process and handle numerous things, and in the abilities of my own mind and memory.

And now I can concentrate on the stuff I need to do and have a productive day today without worrying about the clock and punching out 🙂  My alarm will remind me when the time comes.  RAM freed up!